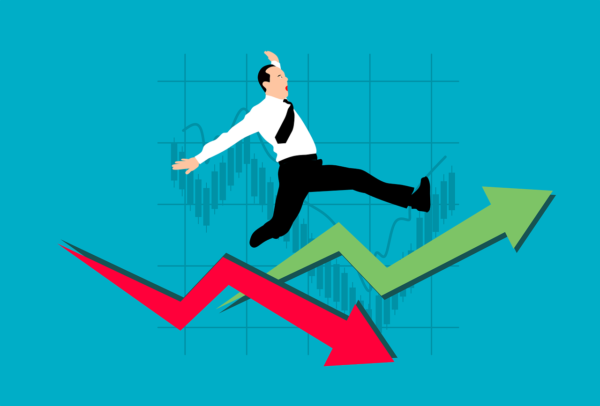 Today’s social-media driven world has the tendency to give a highly distorted view of people and circumstances. I think it’s fairly standard human nature to prefer that people only see us at our best, and what better way to make sure that’s the case than by sharing only the good things that happen in our lives? And nowhere is this more blatant than in trading, where people love to post their wins, but rarely talk about their losses.

We all know trading has losses – it’s unavoidable. But if you just look online you could easily be lured into thinking that there are actually people out there who only ever win. Who never have a losing day, or never seem to have a losing trade. And while this can even be true for small windows of time, over a career as a trader, it’s simply not sustainable forever. There are things they aren’t sharing.

And frankly I think most traders would be better served just focusing on themselves and their trading, rather than on the latest trade they can share on their social platform of choice. Bragging about winning trades is pure ego and always comes back to bite. I think it’s especially bad amongst newer traders who haven’t been through a lot of different market conditions (and that can still be a while! Look at the last decade!) and so don’t actually know, what they don’t know. They think that they’re a genius trader because they’ve made so much money when in reality, they just caught a bull market and kept playing the “BTFD” game.

Now personally I’ve had a theory for a long time about this phenomenon, in fact since before social media was even a thing yet. It goes something like this:

Most people would prefer to almost succeed, but ultimately fail.

At first glance that probably seems ridiculous. Nobody wants to fail, right? Especially after getting so close to success! But actually I don’t think that’s true at all, and here’s why…

As a society (and this is primarily but not exclusively a Western thing), we love the underdog. We love “the little guy” and want to cheer on those who are pushing hard with limited resources, grinding out success a little at a time and constantly striving to move forward despite countless obstacles. We love the drama of it. We love cheering them on. And the person on the receiving end of that support, obviously loves it too and it can be the fuel that enables them to keep pushing.

However… what happens once someone has reached “success” (whatever that is in any given endeavor)? Well things flip and turn ugly. Even more than cheering for the underdog, we (society) love to tear down those at the top. Knock them down a peg. We hate the rich. Despise the powerful. Loathe the beautiful. And the crowd’s hunger for ripping them to pieces is pretty scary.

So if you’re just about to reach a level where you might become one of those rich, or powerful, or beautiful people… maybe you would reconsider. Even if only subconsciously. And maybe you would rather self destruct at the last minute. Because what happens after someone is doing so great, but then has a disaster befall them?

Sympathy. Lots, and lots, of sympathy. “Oh no! It’ll be OK, just start again! You did it once you can do it again. Get back on the horse. We believe in you!” and so forth. So by this logic, the ultimate is to get all the support, the cheerleading and accolades on the way up, then implode and get all the sympathy and warmth on the way down. The crowd will love you again if you just stay one of them. Just don’t change or leave them behind, and they’ll keep you in their warm embrace.

I don’t think this is conscious in very many people, if any. But it seems to happen a lot, and I don’t think it’s purely coincidence. Our subconscious desires, power pretty much everything we do in life, and too many people are on autopilot, seemingly unaware of what drives them in any given moment.

We as traders, can’t allows this to be the case if we’re to survive for long. We have to be tuned into our subconscious. We’ve got to pay attention, to notice when self-sabotage is rearing its head and even better – why. Because the fact is that if you “succeed” as a trader, then by definition you’re going to be leaving the bulk of your peers, friends, family, society itself, in the rear view mirror. You’re going to be very different from them, and many (most?) of them aren’t going to take very kindly to your evolution. And we have to just acknowledge that this is their problem, not ours. We can’t allow others to drag us down, no matter how hard they try.

So it’s my opinion that the best way to stay off the radar, is to stay off the radar! Don’t post your trading results (I’m excluding posting in select groups for accountability/feedback etc. of course). Don’t talk your P&L. Don’t show off on social media or anywhere else. Beware the ego. Make sure it’s healthy, but isn’t taking over. Because no matter how great you think you are, the market will knock you down at some point. And you’re going to need to have the inner strength to get back up, and keep going.

PrevPreviousDo You Want To Trade, Or Make Money?
NextShall We Play A Game?Next 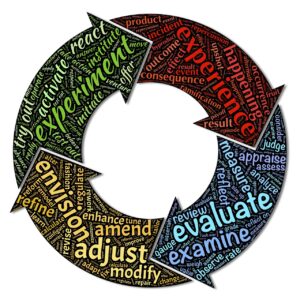 Do You Want To Trade, Or Make Money?

There’s a very common issue I notice among traders. It’s worst in 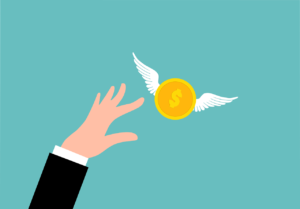 Losing trades are a part of trading. Let’s just get that out

There are a lot of stories that we carry around with us,

Garbage In, Garbage Out

Shall We Play A Game?

Do You Want To Trade, Or Make Money?